Biometric access control systems have been traditionally used to enhance security by providing an extra layer of authentication. For instance, one uses their credit card to verify their identity and then shows their fingerprint as proof that they are the person they claim to be. 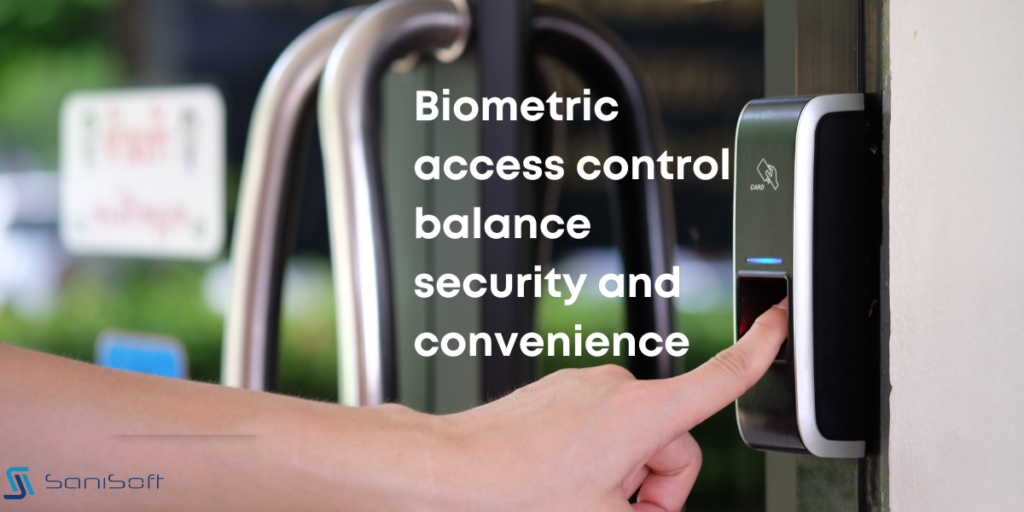 The Most Popular Types of Biometric Systems

There are two kinds that biometrics systems can be used:

The usage of usernames and passwords for authentication is likely to become an outdated practice. Technology has allowed banks and e-commerce transactions to offer innovative payment options that are safe and effortless. Biometrics is the newest modern technology being utilized for a robust method of verification against hackers that employ various methods to steal private data from individuals. Biometrics technology, such as fingerprints or facial recognition scanning with iris is seamlessly integrated into different applications, providing an excellent protection from identity theft. They are easy to use since all you have to do is to touch or look at the screen, but are they are difficult to steal because it’s determined by your physical look and the DNS.

1.A balance between security and Convenience

It’s never easy to find the perfect balance between convenience and security. It must be the minimally disruptive for customers, yet offer great protection against identity theft. Biometrics offer greater security but isn’t the same as more burden; in fact it’s less of a hassle in comparison to password authentication since there is no requirement to keep the password.

2.Factors to Be Considered in Authentication:

Anyone who is thinking of using biometric technology will be able to reap rich rewards. There are numerous types of biometric systems that can be used to protect various things. An examination on the verification process currently in place can answer the question of whether it’s safe or not. Businesses must also assess whether the security measures are causing any issues. It is crucial for companies to be aware that there exists many different biometric methods that is suitable and a variety of factors must be considered when setting up the biometric device. This includes location, acceptance and security, costs as well as the ability to prevent spoofing and the ease of use. Certain businesses might require multiple authentications to guarantee greater accuracy. Sometimes an introduction of new measures to protect your business may appear like an inconvenience to customers, and could have an adverse impact, especially in the retail sector than banking therefore there must be a more balance between security and ease of use.

There must be a greater improvement in security and usability, in order for it to happen quickly the solution must be flexible to be able to effortlessly switch from low security to higher as needed. It is vital to be aware of the solution’s layout and design as it will ensure that users receive the correct prompts users regarding what to do and why to avoid frustration. A well-designed solution will provide smart solutions that are simple for users to comprehend. This shouldn’t be a situation where the company is looking for the use of biometrics. Before a biometric solution is implemented. There should be a clear target or goal that has to be identified and accomplished through biometrics. Otherwise, it won’t be a robust solution.

In addition to the two above factors, safe storage is also vital and crucial. The database that contains biometric data must be secure enough to ensure that any breach of information will not just a huge impact on business operations, but also it poses a risk to individual credentials. It’s also hard to repair the issue in comparison to changing passwords.

The following four biometrics are the ones the most frequently used for access control:

Palm veins are a new biometric system that operates by making use of infrared light to trace the distinctive vein pattern of the palm. In contrast to other biometrics this pattern is inside the body, giving the palm vein a number of unique advantages, which make it perfect for access control applications.

Palm vein is perhaps more secure than any other biometric due the difficulty it poses to hack. Since the biometric data isn’t visible to the world so it is extremely difficult for hackers to create a fake of the scanner that can be used fool the scanner.

Furthermore, liveness tests built into the software make sure that even if an individual might gain access to your palm vein pattern and make a perfect duplicate from it would not be able to fool scanners since real blood flow is essential.

Because of the huge surface area that’s being recorded (the entire palm , as instead of only a fingerprint, for instance) Palm-vein can capture greater data-points than other biometric and is therefore the most accurate biometric available on the market.

In this way, the palm vein is the one with the lowest False Acceptance rate (FAR) as well as False Rejection Ratio (FRR) in any biometric.

Palm vein can record an internal rather than external biometric. This is different from facial recognition (which can be recorded at an inaccessible distance) palm vein cannot be recorded without the user’s involvement directly to the device.

This is the reason palm vein is a unique privacy-by-design.

This makes it the most reliable choice for users, and also making it simpler for companies who utilize it to attain compliance with privacy laws around the globe (such like the GDPR).

While this hasn’t been tested in any real-world scenario extreme cold weather, it could possibly reduce the effectiveness of scans because cold temperatures can impede blood flow.

When people are thinking of “biometrics,” fingerprint is likely to be the first thing that is in their mind.

Nowadays, it’s utilized for a variety of applications such as finding suspects in the aftermath of an incident and conducting background checks, to authenticating transactions or unlocking smartphones.

Cheap, but not cheap.

Although prices can differ greatly dependent on the scanner used fingerprints are generally an extremely cost-effective technology. This makes it ideal for mass production, hence its widespread use as the primary biometric on almost all smartphones of today.

The widespread use of fingerprints as biometrics implies that the vast majority of people are already aware of it, which reduces the need to instruct or teach people how to utilize it.

Highly susceptible to damage, wear and changes over time

Fingerprints, more than the other types of biometrics, are prone to damage and wear. Abrasions, cuts, and scratches can change fingerprints so drastically that fingerprint scanners aren’t in a position to accurately identify individuals who were previously included into the database.

In all of the biometrics discussed in this article fingerprint is the sole which requires contact to the device. This means it is not suitable for use in areas where hygiene is essential for hygiene, like food production facilities, restaurants as well as hospitals.

Possible to be copied and re-used by third-party parties

The distinctive, highly detailed design of the iris makes it an obvious option for biometrics.

Iris scanners utilize Infrared lights and camera with high-resolution make a precise map of the iris. They and then transform this data into a template which is an individual’s biometric identification.

Iris patterns in a person stay constant throughout their life and make them a solid choice.

Due to the high level of details in the retina scanners can take a lot of data points, which makes it an extremely precise biometric. The accuracy of this is increased by scanners that examine both eyes.

Can be recorded from at a distance

Modern iris scanners are able to capture the biometrics of an iris scan at a distance of more than 40 yards and pose privacy concerns like face recognition (albeit less severe).

Face recognition has been gaining a lot of attention in recent times. At airports, for instance airlines use this biometric technology as an effective method to speedily and easily identify passengers by reducing the lines, and allowing passengers to board faster.

However, this has caused controversy due to the privacy issues the technology can cause. In contrast to other biometrics facial recognition, facial recognition is recorded from a distance, which means it can be recorded without consent.

Facial recognition is perhaps the easiest biometric to use since people don’t have to do anything in order to be recognized. Modern smartphones include, for instance, the ability for users to instantly unlock their phones by simply just looking at the display.

Since it can be recorded from the distance and from a distance, facial recognition has an opportunity to be recorded without consent, which could lead to privacy risks and legal issues.

This doesn’t pose a problem when it’s utilized on personal devices, like phones, as the biometric data is kept within the mobile device. However, when it’s used in public areas to automatically identify individuals the facial recognition can pose serious security risks for privacy.

Facial recognition has a greater rate of false acceptance (FAR) in addition to a higher False Resistance Rate (FRR) over any biometric. It is due to the fact that it 1.). FR is able to measure fewer numbers of data per point than the other biometrics and also). changes of appearance (such as glasses, facial hair makeup and so on.) can result in an incorrect negative.

When you’re considering implementing biometric technology within a company it is crucial to find the perfect balance between security and comfort. Biometrics are the future of authentication and only companies that can utilize the technology efficiently by offering users with greater convenience and security will succeed.

sanisoft Tech was awarded as the best IT ELV Technical service provider in Dubai, UAE 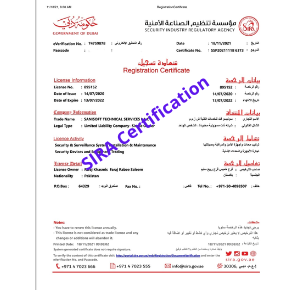